No doubt about about it, London is one of the world’s most diverse cities. From Polish to Brazilians, Malawians and Norwegians, London is a home to all – it is like a “world in one city” if you ask me.

London as one of the busiest and highly populated cities not only in Europe but also in the world, prides itself as a home to so many architectural masterpieces – both vintage and modern.

So where are the tallest buildings in London? Where are the architectural masterpieces that make London stands out as one of the best cities in the world? 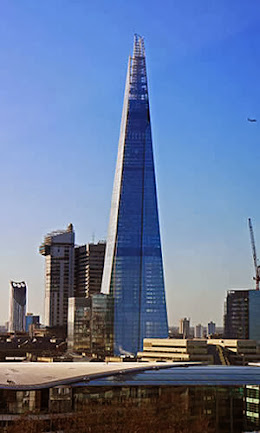 The Shard is the tallest building in Western Europe, with a crystalline façade that transforms the London skyline with a multi-use 310 m (1,016 ft) vertical city.

The Shard at London Bridge Quarter has redefined London’s skyline as it becomes a symbol for the capital, recognisable throughout the world.

Building’s Height:
At 1,016ft (310m), The Shard is the tallest building in the European Union, and the second-tallest free-standing structure in Britain (after the 330-metre Emley Moor transmitting station). 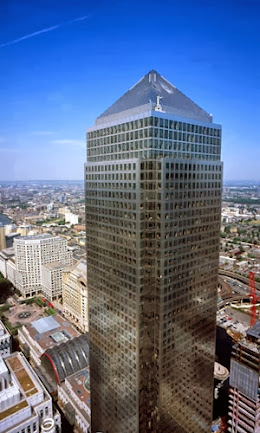 Often called Canary Wharf because of its location, One Canada Square is a skyscraper that was once the tallest building in the UK from 1990 to 2010.

One of the main features of the building is the pyramid roof which contains a flashing aircraft warning light, a rare feature for buildings in the UK. The distinctive pyramid pinnacle is at 240 metres (800 ft) above sea level.

The building is recognised as a London landmark and it has gained much attention through film, television and other media when its status was the tallest building in the UK and continues to gain attention. 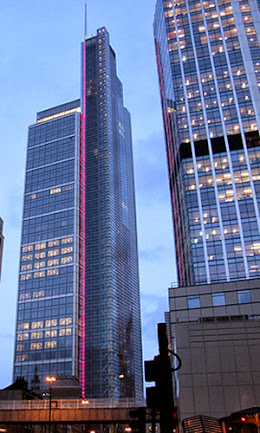 Heron Tower was completed in 2011, despite opposition from English Heritage, due to its proximity to St Paul’s Cathedral.

The building was designed to feature a concierge-style entrance and reception area, incorporating a 70,000 litre aquarium – the largest privately owned example in the United Kingdom – containing around 1,200 fish (over 60 species).

Part of the ground and first floors of the building is occupied by a bar-restaurant called The Drift. Also, there is a restaurant and “sky bar” on floors 38–40 – situated 175 metres (574 ft) above the City and accessed by scenic lifts.

Building’s Height:
At 755ft (230m) tall, including its 28-metre (92 ft) mast, Heron Tower is the tallest building in the City of London and the third tallest in Greater London. 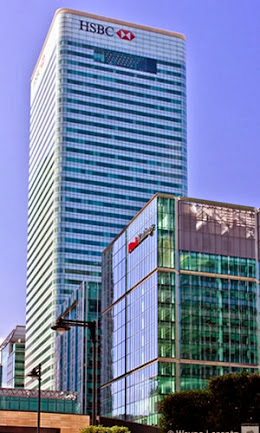 Sometimes referred to as HSBC Tower because it serves as the global headquarters of the HSBC Group, 8 Canada Square is a skyscraper located at Canary Wharf in London Docklands, Borough of Tower Hamlets.

HSBC Tower’s construction began in 1999 and was completed in 2002. It is surrounded by other tall buildings such as One Canada Square; and the Citigroup Centre, which forms the British head office of Citigroup.

The building is also next door to Bank of America. The tower is not open to the public.

Building’s Height:
The building which is made up of 42 floors in the 200 metres (656 ft) high tower, is the joint fourth tallest in the United Kingdom with the nearby Citigroup Centre, and the second tallest in Canary Wharf after One Canada Square. 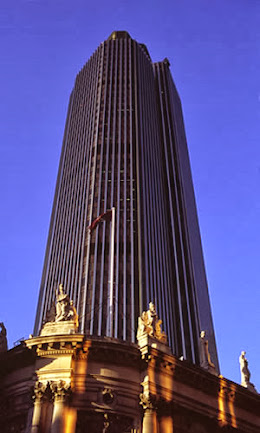 Tower 42 which is sometimes referred to as NatWest Tower, is the second-tallest skyscraper in the City of London and the seventh tallest in Greater London.

The building, which was formally opened in 1981 by Queen Elizabeth II, held the status of tallest building in the City of London for 30 years, until it was surpassed by the Heron Tower in December 2009.

Building’s Height:
At 600ft (183m) high, the former National Westminster Tower was London’s tallest building for 30 years, until the construction of One Canada Square.