There are lots of weird animals in Africa as revealed in David Attenborough’s new documentary series.

The documentary has been a monumental success. Its advanced CGI camera techniques, moving soundtrack and emotional depictions of nature at its cruellest have opened our eyes to the true beauty and majesty of the world’s most vibrant and diverse continent.

To complement the series and give you an even deeper understanding of the wildlife of Africa, a new book has been released under the same name; Africa: Eye to Eye With the Unknown.

To celebrate the release of the book and the success of the series, we have compiled a list of the 5 weirdest animals in Africa! Brace yourself; some of them are a bit odd. Check out our top 5 strange animals of Africa below: 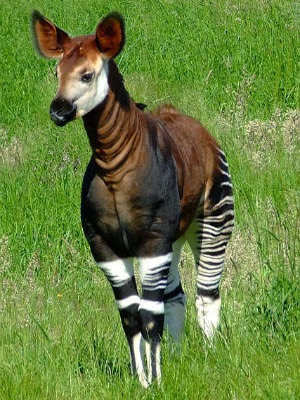 Okapi is like horse, zebra and giraffe put together

What do you call something that has the body of a horse, the limbs of a zebra and the head of a giraffe? An Okapi, that’s what you call it!

Okapi, Okapia johnstoni, is a giraffid artiodactyl mammal native to the Ituri Rainforest, a dense rain forest located in the northeast of the Democratic Republic of the Congo, in Central Africa…[Wikipedia].

Okapi are beautiful and unusual animals, very wary, and their highly developed hearing alerts them to run when they hear humans in the distance. Unlike other herding animals, Okapi prefer to spend their lives in sombre isolation, which isn’t a surprising fact when you think about it.

They are not stripy enough to hang with the zebras, they are not tall enough to chill with the giraffes and they live in the wrong part of the world to be knocking about with horses. 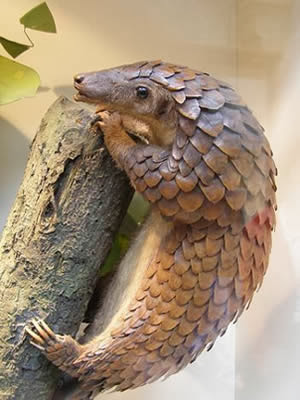 Pangolin is a mammal with large keratin scales covering its skin, and is the only known mammal with this feature.

Found naturally in tropical regions throughout Africa and Asia, there aren’t many words you can use to describe Pangolins. They look like the first sketch of a new Pokémon that the creator never got round to finish.

Pangolins are covered in a protective shell of scales, which not only looks unsightly, but also accounts for 20% of their weight. Unsurprisingly, Pangolins are nocturnal, meaning they only come out at night.

All joking aside, Pangolins are actually quite cool creatures, which are in danger of becoming extinct due to illegal trade and destruction of habitats. 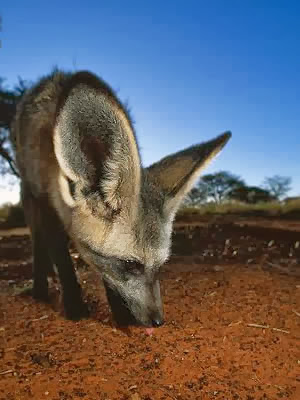 The Bat-Eared Fox is a canid of the African savanna, named for its large ears. These animals can be found in South Africa and East Africa.

They can also be found in Namibia, Botswana, southern and western Zimbabwe in the grasslands and semi-deserts. Interestingly, a female only has 4 nipples, which sadly means she may have to kill some cubs if she gives birth to more than 4.

But what’s with the giant ears? Well, they’re full of blood vessels that get rid of heat and help keep the fox cool in the sweltering African climate.

Bat-eared foxes are nocturnal and will often travel up to 8 miles every night in search of food. That’s some serious commitment right there. 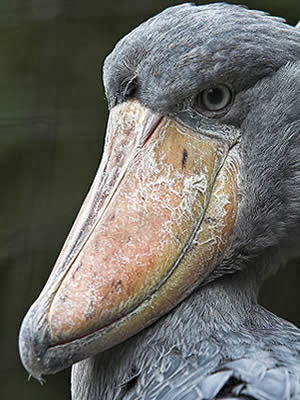 Also known as Whalehead or Shoe-billed Stork, Shoebill is a very large stork-like bird, which derives its name from its massive shoe-shaped bill.

The Shoebill is a tall bird with feet that are exceptionally large.

The Shoebill is distributed in freshwater swamps of central tropical Africa, from southern Sudan through parts of eastern Congo, Rwanda, Uganda and western Tanzania.

The species is most numerous in the West Nile sub-region and adjacent areas of the south Sudan, significant also in wetlands of Uganda and western Tanzania.

Shoebills are magnificent birds with enormous wingspans and can grow up to 5 feet in height. 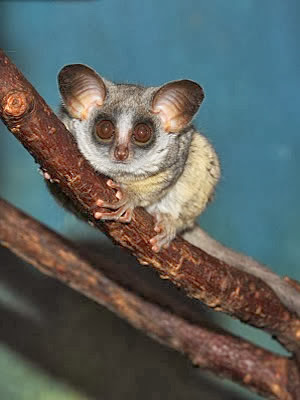 Bush babies are found throughout East Africa as well as in woodlands and bushlands in sub-Saharan Africa. They are the smallest primates in the animal kingdom, measuring in at just 7/8 inches in height.

Their tails, which are bigger than their bodies, help them leap through the trees at night to catch prey and avoid predators.

When someone describes a bush baby, most people conjure up an image in their mind of some cute, fluffy teddy bear like creature.

However, their unnerving appearance isn’t helped by the high-pitched cries and shrill whistles which they let out either. They also enjoy marking their territory with urine. Not so cute now, eh?